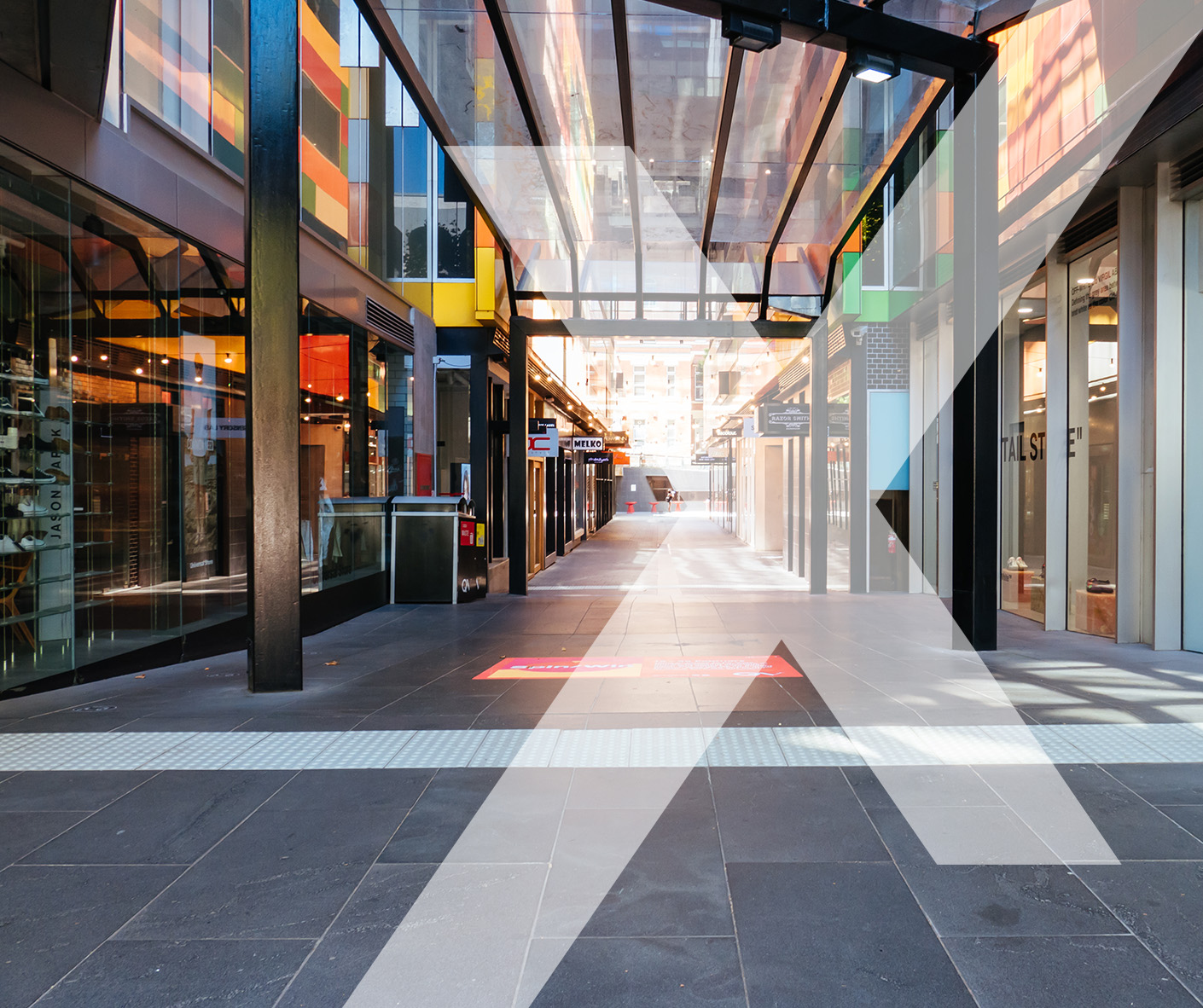 An Epoch of Incredulity

The U.S. markets are a tale of two economies. May’s recent jobs report was glowing, adding 390,000 jobs almost universally across the board, in many sectors of the economy. In this season of light, spring delivered hope with continued historic low unemployment at 3.6% for the third month running, and increasing job participation—notably among women—as a reason to be optimistic and feel good about the economy. Consumer sales continue to flow full tap, with an appetite to purchase seemingly untouched by stratospheric inflation.

The May report indicated solid job growth in food services and drinking establishments, logistics, transportation, warehousing and storage. Manufacturing and wholesale trade made gains, along with all aspects of the construction sector adding 40,000 new jobs above February 2020 levels.

There was one notable exception. The retail industry was an outlier to this otherwise buoyant account with employment declining 61,000 jobs in May, although maintaining 159,000 jobs above pre-pandemic levels. Job losses were notable in general merchandise retailers, apparel, grocery stores and garden supply and home improvement stores. This precipitous dip in the last month, countered the good news delivered by other sectors, and it is worth exploring the causes of the drop through the lens of national retail experts.

Dave Cheatham, X Team Retail Advisors’ President, an authority on retail real estate with over three decades experience in the industry, addresses that question. We sat down to discuss trends and economic factors that he considers top of mind affecting the industry. Cheatham points to a troubled set of issues that he calls “worrying,” as we move toward a murky horizon and what many economists and business leaders predict will include a recession.

Retail has been under pressure for some time now, facing thinning profit margins, more complicated and costly e-commerce supply chains, raw-material cost inflation and increased labor costs in the face of worker shortages. Additional distortions coming out of the pandemic lead Cheatham to believe that the industry is experiencing a “perfect storm” dealing with a series of confounding factors that continue to disrupt business models and hobble any strategy for expansion.

The great pandemic created both positive outcomes and negative effects in the workforce, Cheatham explains. “On the one hand, many people realized that the daily grind was no longer desired or sustainable. They redefined their lifestyle and how and where they work. Many chose to work from home, valuing additional time with family, not having to deal with a long commute to the office. Others have requested that their employers be flexible and embrace a hybrid schedule. So, the pandemic fundamentally changed the way we view work and impacted the economy.” Cheatham continues, “On the flip side, the pandemic removed a lot of employees out of the workforce, whether by choice or necessity. We are still managing a scarcity of workers in the retail industry. It is a real problem. We’re challenged to attract workers, and there are simply not enough people available to hire. In fact, some retail establishments had to cut their hours of operation, and many restaurants cannot find servers.”

Cheatham asserts, “Right now retailers find themselves in a reactive state. They are responding to what is being done to them, by outside forces, with limited recourse to be proactive, and get ahead of the economic factors influencing the business.” Supply chain problems are what keep retailers awake at night. Cheatham speaks with top industry executives regularly, who express their concerns with inventory shortages and delivery delays. Most major big box retailers manufacture their goods in factories around the globe, with one country eclipsing others, China. Recent Covid lockdowns in Shanghai and Beijing, once again, have disrupted the manufacturing and transportation sector. “We outsourced much of our key manufacturing,” Cheatham states, “and it left us vulnerable.” He suggests that it is long overdue for American companies to home shore their manufacturing facilities, at least partially, if not fully. If that is not feasible because of costs and other factors, he suggests that retailers manufacture closer to home, in Mexico or Canada, our neighbors to the South and North. Cheatham realizes that this cannot happen overnight, but believes a smarter strategy is needed to guard against future disruptions and protect our national interests. “You can’t get any semiconductor chips. A large portion of semiconductor chips are manufactured in China, so that has impacted the availability of new cars in the U.S. A large part of that supply chain and the global economy is being affected,” he says.

U.S. Treasury Secretary Janet Yellin has recently admitted that she was mistaken when she stated in 2021 that inflation was transitory, calling the risk of inflation “small” and “manageable.” Inflation has reached 40-year highs at 8.6 percent for the twelve months ending in May 2022, according to the latest Consumer Price Index report. We are witness to the reality that it is in fact steep, historic and may be here to stay for some time. Rick Chichester, a retail capital markets veteran, is an Executive Director of X Team and provides a few insights. Chichester agrees that inflation is a present danger and the Federal Reserve’s Jerome Powell must follow data and facts, not models to successfully manage monetary policy. Chichester sees one benefit to retail is necessity-based purchases, such as private label food products and discount grocery stores. He feels that retail has gone through an inflection point and following the pandemic many have reassessed their need for physical space versus the importance of e-commerce. Chichester believes that retail can remain strong with the shoring up of online sales to extend the physical store, despite facing some inflationary and supply chain headwinds.

Cheatham agrees with his colleague, stating, “Retailers have learned in a year or two (about e-commerce) what would have taken them a decade to integrate.” Omnichannel retail strategies are the norm in 2022 and not the exception. Cheatham offers, “Target is a good example of a retailer that enhanced their e-commerce platform to dramatically improve their delivery service to compete with Amazon. Which before the pandemic was not the case.” Retailers have learned to manage online buying, delivery and in-store pickup, and it is this comfort with technology that has advanced in-store automation, already in motion prior to the pandemic.

Almost a full year before Covid emerged, McKinsey’s May 2019 report, Automation in retail: An executive overview for getting ready, anticipated the dramatic changes that automation would bring to the retail sector. They indicated that data analytics would help create a more informed workforce, and cautioned that those retailers who quickly grasped the implications automation would bring, will emerge at the top. Many retailers are adopting technologies, such as flat panel screens, to save labor costs and compensate for a lack of workers. Automation is increasingly playing a role in the reduction of the number of customer service positions within the retail sector, and this trend is expected to continue. Self-serve check-out kiosks, touch screens, phone apps and other interactive technologies are replacing hourly paid workers in many of our largest fast-food establishments, grocery stores and big box retailers.

All this technology is coming at a time when state minimum wages have continued to rise during these last few years. While the federal minimum wage has remained at $7.25 since 2009, the President has signed The Minimum Wage Executive Order, raising the wage for federal workers and contractors to $15.00 per hour. Raising the federal minimum wage for all workers is a centerpiece of the Biden Administration’s jobs agenda, but ultimately this will require an act of Congress. However, states such as California, New York, Washington, Massachusetts, New Jersey, Oregon, and The District of Columbia have followed suit, raising their own state’s minimum wage above $13.00 an hour. Many employers find themselves in a situation where they must pay more for salaries and compete in a limited talent pool.

Another twist in the “perfect storm” are construction costs. Cheatham states, “Construction costs and prices are going through the roof—retailers are asking themselves; how can I expand?” The answer is complex. Cheatham explains why. “Steel, lumber, concrete, equipment—everything continues to rise, and much of it is shipped from overseas. The cost of construction drives up retail rents, and retailers are unable to afford these dramatically elevated levels. This in turn impacts expansion and opening new stores. It is changing expansion plans and most likely will continue to weigh on the retail sector for the foreseeable, until this volatility subsides. Retailers are trying to figure out what they can, and cannot do.”

The Future is Now

Researchers have found that almost half of retail activities can be automated, using existing technology. This may seem to be an alarming statistic, but it is certain that retailers will continue to adopt technology to support and bolster margins and preserve cost competition. Experts have suggested that the reskilling of retail workers and the evolution of retail jobs, will balance initial front-line job losses. Automation is expected to lead to job creation as companies invest in growth. As ancillary sectors of the economy continue to recover, there is a unique opportunity emerging from a “perfect storm” for a reset to embrace innovation, evaluate priorities, reimagine the workforce and move the sector toward growth, profitability and stability.