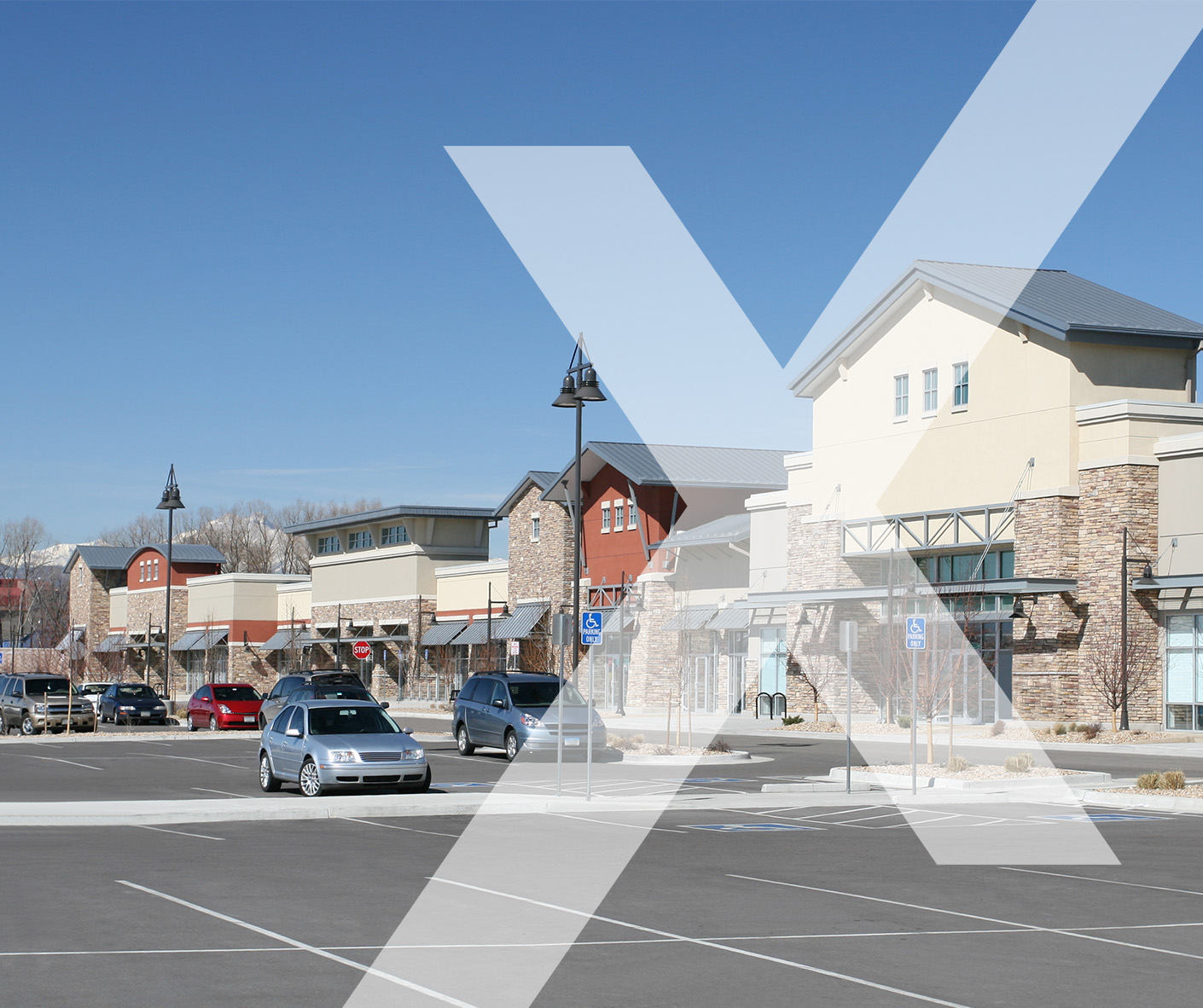 Disruption to retail caused by the pandemic, upended the way in which merchants sell to customers. The need to pivot, almost instantaneously to e-commerce took customers off the selling floor and riveted them to their touchscreens, completely redefining the buyer’s journey. As we emerge in fits and starts from pandemic isolation and confinement these last three years, omnichannel and experiential retail concepts have become increasingly sophisticated to meet a new society’s changing needs.

Retail experts predict the redefinition retail will prove the sector hasn’t died and in fact is simply undergoing a transformation, albeit a rather massive one. The retail industry is being reinvented as consumer-oriented real estate that incorporates all of the elements of retail but eschews some traditional tenets of retail. Tenant mixes are changing and the over-retailing that’s occurred over the last decade is being corrected via a thinning of the herd. The market is seeing smaller concepts emerge as retailers balance and right-size their oversized footprints, even as others continue to pivot to online and hybrid models. It all adds up to exciting times ahead for the retail sector.

As retail grapples with ways to stay profitable and reach the Americans consumer, big questions around retail space and land use are being asked and little is assumed. The last decade saw the acceleration of the un-malling of America. In a decades-long run up to the Great Recession, the market was overbuilt and oversupplied with big boxes centers and shopping malls. David Larson, X Team affiliate and Owner and Partner at Legend Partners, LLP, a retail brokerage firm based in Denver, Colorado, represents an extensive variety of national retailers with a focus on large box tenants. Larson believes that the retail sector is ripe for a redefinition of itself. He explains, “What is true, in my belief and experience, is that retail is certainly not dead, nor is the American consumer. Retail is changing and evolving. I would suggest that instead of referring to “retail” we need to rephrase it as “consumer real estate”- because in essence that is where the sector has evolved. Explaining this nuance Larson offers, “Many retail sites are currently occupied by a service—whether that is a fitness center, office suites or medical clinic. These tenants have the same market dynamics as a traditional retail tenant. They are consumer-oriented, must be conveniently accessible, possess branding and identity needs. In short, they present all of the elements of retail, but they aren’t retail in the traditional sense.”

The change in tenant mix can be traced back over a decade, leading up to the 2008/09 economic downturn. Larson explains, “Around eight to ten years ago, vacancies were hitting the market due to the Great Recession. At that time, everyone in the business was trying to figure out how to backfill all the empty boxes. Shopping centers and other retail developments had restrictions in place to prevent certain types of businesses from leasing. It is a greatly different story today. If you want to discover who is doing the biggest deals now, you need to examine those old lease restrictions. It is precisely those excluded tenants who are the drivers of retail leasing today.”

Covenants, Conditions, and Restrictions (CC&Rs) in commercial real estate leases, spell out exclusives and radius clauses determining the types of businesses who can operate in a particular development within a certain location. CCRs are implemented to protect the interests of tenants and the development. These lease clauses are one of the more contentious issues between commercial property owners and tenants. Certain types of businesses that affect parking requirements were undesired, such as theaters, fitness centers, entertainment venues, as well as other non-retail uses, such as educational or medical. Achieving the correct retail mix often meant outlining a series of restrictive lease covenants to prohibit undesirable uses of the development. Ironically, it is these same fitness centers, entertainment arcades, bowling alleys and even marijuana dispensaries that are leasing large footprints, revitalizing an old anchor or vacant big box hardware store.

One of the more significant changes Larson has witnessed over the last ten years, has been the move toward consumer-oriented, interactive use for retail space. He states, “Although the end use may have changed, retailers have not gone away.”

According to Statista, the United States had the highest square footage of retail space per capita worldwide at 23.5 square feet per person in 2018. Canada and Australia followed behind with 16.8 and 11.2 square feet, respectively. COVID-19 has accelerated a trend of consolidation and closures that had already been underway. As Larson points out, there simply was too much retail space built in the last decade. “There needed to be some fallout. It was inevitable because in many cases there were three or four competitors occupying the same retail category within a given market. That level of saturation wasn’t sustainable. There were just too many malls and centers that were underperforming—we were over-retailed.”

Today, prime retail space is commanding record rents, and assets within the top tier are not in distress. Along with rising rents, a record number of properties traded hands. CoStar Analytics reports that more than $105 billion of retail assets were bought and sold across the nation in 2021. Activity was 65% higher on a year-over-year basis. Today, Larson sees the biggest challenge facing retailers who want to grow is the lack of affordable space.

“In Denver, Colorado, where I am based, you’d be hard pressed to find a decent 20,000-square foot box that’s available. And a 40,000-square-foot space can’t be divided and make good fiscal sense anymore. The expense incurred to install an additional loading dock, and rework utilities and so on, is prohibitive,” Larson explains. “So, I see this as an ongoing challenge to retailers over the next five years, or so.”

On the other end of the spectrum, there is hot demand for smaller retail spaces, particularly in the urban core and in other densely populated areas. Traditional large retailers and nascent digital brands are looking for smaller footprints to re-invigorate the shopping experience or move their online brand into the real world. Downtown store fronts are popular choices, offering street level visibility, pedestrian engagement and easy access.

Smaller concepts may also play a key role in enticing pandemic-weary customer back into what they perceive to be a safe and controlled environment. Last year, IKEA opened its first urban store in the hip Tokyo, Harajuku neighborhood. The 27,000-square-foot store sells curated merchandise for small spaces and urban living, offering novel interior design ideas to customers. The new concept store is far smaller than a standard IKEA 300,000-square-foot expanse and may pave the way for future expansion to other urban centers.

Online retailers Warby Parker, Allbirds, Everlane, Casper, Bonobos and Million Dollar Shave Club have expanded to bricks-and-mortar in the last few years, enjoying great success. The flow of pixels to places and spaces is expected to continue. Research suggests that by 2025, a physical location will fulfill 30.5% of all digital transactions. Larson confirms that most digital brands lease within the 1,200-square-foot to 5,000-square-foot range, with the majority of new retail space consisting of freestanding single-tenant properties.

As larger retailers look to strike a balance and right-size their oversized footprints, many are relocating to smaller retail spaces to downsize their stores. Merchants are devising more engaging ways to leverage technology to extend beyond their four walls and bolster sales. Larson explains, “Retailers are trying to figure out how to generate the same sales volume from a smaller footprint. Technology is often a way to accomplish this, which is where omnichannel retailing comes into play. The integration of online sales makes perfect sense to reach sales goals without having to carry the expense and overhead of a large physical retail space.”

The pivot to online and hybrid continues with many of the largest public grocery chains investing heavily in their online infrastructure. Other retailers have partnered with popular social media apps to create a frictionless and interactive retail experience. WhatsApp has joined with several major retailers as part of an ecommerce strategy called, Shops in WhatsApp, rolled out at the end of 2021. The Meta-owned platform will introduce new technologies like Instagram visual search and AR Dynamic Ads to create an engaging intelligence-driven experience. China’s App-Powered stores are linked with WeChat to blend livestreaming and instore shopping. Viewers on the app can comment and interact with each other during retail events, bringing the shopping experience out of the physical box and onto the screen. Increasingly AR and VR is being used to virtually “try on” apparel or project a piece of furniture into your living room.

Today’s retail sector is rebounding from the disruption experienced during the pandemic and new concepts and models are earning a place on consumers shopping lists. The blending of retail, e-commerce and technology is creating a world in which omnichannel and experiential retail concepts are working hand-in-hand to deliver products and services consumers want – and that’s music to any retailers ears.

Inflation Storms, Is Retail A Beacon in the Gloom?